You are here: Home / Pickleball Fun / Picklebility — Maximize It

Picklebility. It’s a term you see in the subject line of every email you receive from me on Saturday mornings. It’s also a term you probably hadn’t seen previously. So what is “picklebility?” And what does it mean to “maximize it?”

An embodiment of one’s passion, ability and addiction to #pickleball

So that’s the definition — you know, the type you might see at Dictionary.com — or if you’re “old-school” — in Webster’s Unabridged Dictionary.  Let’s drill down into each of the three components of that “official-looking” definition to get a better idea of what exactly it means to maximize one’s passion, ability and addiction to #pickleball.

Maximize your Passion for Pickleball

Passion — Sure, it’s enthusiasm and excitement.  But it’s more than that.  It’s enthusiasm and excitement manifested into action.  The passion component of picklebility is maximized by expanding your knowledge of the game, by learning the rules, strategies and history of Pickleball — and sharing that knowledge with others — and understanding that health-and-wellness is a key driver for maintaining that passion.  Passion is about becoming an ambassador — in either an official or unofficial capacity — for the game we all love.

Ability is the second component of picklebility.  We all want to improve and maximize our skill sets.  As pickeball players we want to climb the USAPA ratings and advance from being a 2.5 player to a 3.0 player — and then from a 3.0 to a 3.5 — all the way up, hopefully, to a 5.0 player.  This is done by learning fundamental shot-making techniques and understanding how to be more mentally tough than your opponent.  It’s done by practicing the volleys, the serves and third shot dinks… and practicing some more!

Maximize your Addiction to #Pickleball

The final component of picklebility is one’s addiction to the sport.  Addiction is a state in which a person just wants something so badly that they cannot get enough of it.  Sound familiar?  Perhaps you’re already there.  You’re playing several hours a day — and you’re neglecting the honey-do list — not because you don’t love your spouse, but because the “one more game” turned into 3, 4 or 5 more games.  Perhaps you’re one who is planning vacation destinations around pickleball venues or pickleball tournaments.  Or, instead of watching the big game on Saturday, you’re actually tuning into live streaming of a pickleball tournament in Palm Desert, California, in the hopes that just “watching” top players in the game will make you a better player.

With the weather turning colder throughout much of the country, perhaps you’re one who plays in a winter stocking cap because the nets are still up — and it’s only 39 degrees outside.  Or perhaps there are several indoor facilities that have offered up pickleball and, therefore, you play at one place at 8AM in the morning for a few hours and then head across town to play at another facility at 1:00 PM for another couple of hours.  Can you relate to any of these scenarios?  Are you addicted?  I know I am.

I am so excited to announce that the team at PickleballMAX has just launched a “Picklebility | Maximize It” line of breathable, moisture-wicking performance apparel for both men and women.

I am hopeful that you will want to join me in helping others maximize their picklebility.  It is my commitment to you that we will do everything possible to earn your trust and business. 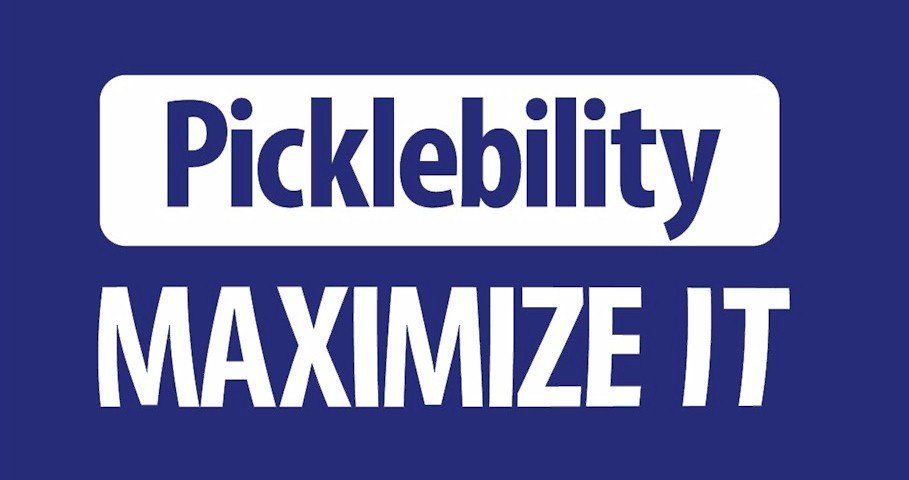